Mac OS X  has a built-in media player. QuickTime Player is free and does a fairly good job when it comes to handling media in the formats preferred by Apple. However playing back a video or audio of non-native formats such as AVI, WMV with the help of QuickTime Player is not a straightforward task, so be prepared for a bit of extra work here. Searching, downloading and installing third party codecs or plug-ins to enable the app to playback the media requires quite a bit of your time, and the worst thing is that there is no guarantee it will actually work.

Wouldn’t it be better to find another solution to do the job? A tool that supports a wider range of formats and perhaps has extra features to enhance your viewing experience. If you think it would, Elmedia Player by Eltima Software should be your first pick.

The application has two editions. The one you get for free should suffice if the only thing you are interested in is no fuss about formats. The free edition supports almost all of them – commonly used, as well as more exotic ones. More advanced features such as downloading videos from YouTube, controlling audio playback or taking snapshots from a video are available to you for a reasonable fee. For this review I worked with the paid edition, but the UI and navigation are pretty much the same for both.

The most important thing you get for free is a wide range of formats supported -FLV, SWF, WAV, DIVX, DAT, etc., as well as ability to open DVD VIDEO-TS folders. The latter has menus, although they aren’t free of bugs. The app has a built-in web browser, i.e. you can surf Internet without bringing up a separate browser window. It also enables you to work with playlists – you can compile, manage and delete them at your convenience.

Work on your videos by adjusting parameters such as brightness, saturation, contrast, etc., shape your sound with the help of 10-band graphic equalizer. Thanks to hardware acceleration the app provides you with smooth playback of large HD videos. It also enables you to change the layout of images, mirror, flip, rotate them, change their aspect ratio and fit video into the screen.

Mac users will certainly appreciate just the right set of features offered by the app – no more, no less – complemented by a clean uncluttered interface.

With the craze of downloading videos from the Internet, you would be happy to know that Elmedia PRO enables you to do that. All popular web sites such as YouTube, Vimeo, Dailymotion and Facebook are supported. You can choose to download certain elements of a video, RTMP stream or a soundtrack in MP3 format or ‘Download All’. You are also given an option to choose the format of download.

Elmedia PRO allows capturing screenshots during playback. It is really easy – use Movie menu or Control-Command-S shortcut and choose in what format you would like to save the image – TIFF, PNG, GIF. The default format is specified in Preferences > Capture. You can turn the entire video or a movie into a series of screenshots; specify the interval at which the sсreens are to be taken – from 0.1 to 10 seconds. However they can’t be used for GIF files.

PRO version claims to give you control over audio playback, you only need to specify the default output and the number of playback channels. It did not work well for me, although it might have to do with incorrect settings on my hardware. Another thing they could add to Elmedia is a way to control playback frame-by-frame from the keyboard.

Elmedia Player PRO is certainly not as picky as QuickTime Player when it comes to compatible formats; its features allow for enhanced playback and downloading from the Internet. It is certainly worth the paid upgrade. 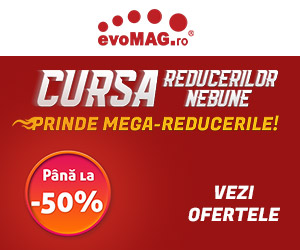